Taking back the curls 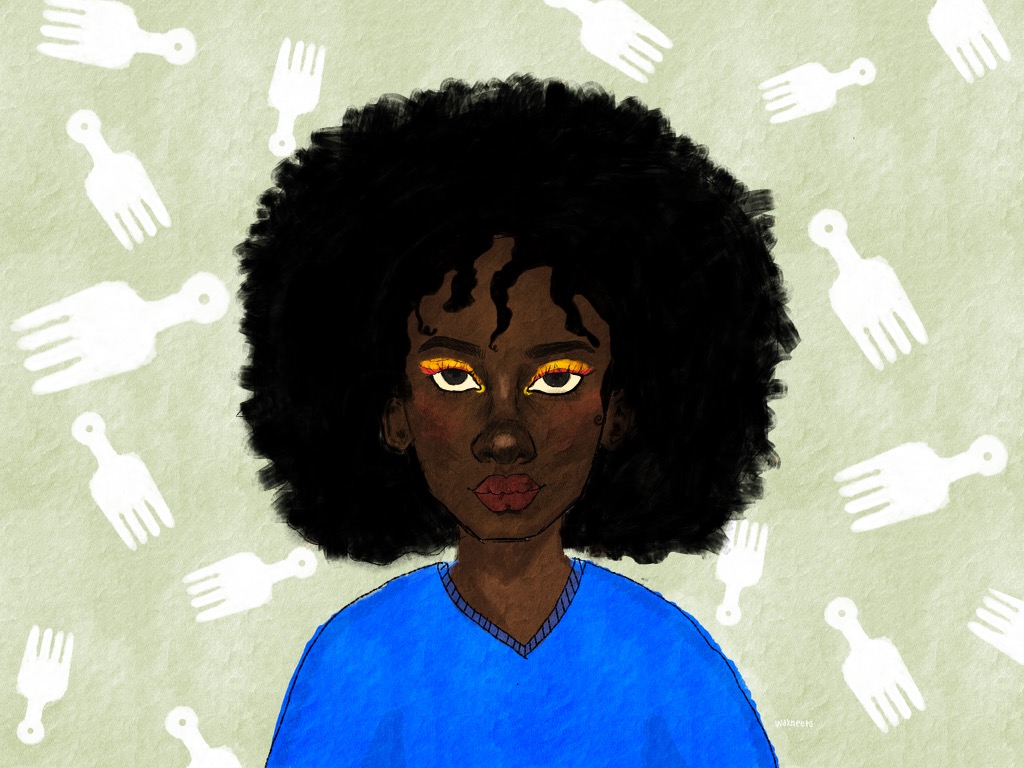 “I look at my hair as my crown. When I have my hair done up nice, I feel confident, like I can take on the world,” says Catherine Clark, a sophomore biomedical engineering major. Because of her mother’s persistence to keep her daughter’s hair natural, Clark never chemically altered her hair in any way and doesn’t regret it for a second.

For about two years now, the curly hair trend has grown immensely. Like Clark, more men and women are embracing the natural curls and coils they were born with. After years of natural hair being seen as something unkempt and unprofessional, people are freeing themselves from hair oppression.

“At school, it was a lot of pressure. I went to a predominantly white school for elementary school, so it was kind of a thing,” Clark also says that many people would make comments about the differences between her hair and their hair. For her, it was a source of bullying.

This is one of the main reasons why young girls, mostly young Black girls, would get relaxers. A relaxer is a lotion or cream mixture that chemically straightens curly or coiled hair. According to Abra McField, a hair expert and the founder of Abra Kadabra Hair and Healing, sometimes relaxers cause the hair to break off or the scalp to burn because of the harsh chemicals used. So the question is: Why go through this unhealthy process? The answer is often very simple: conformity.

“Straightening our hair is like a white-washed way to wear your hair because that’s a more ‘professional’ way to wear it,” says Samuel Ervin, a junior cognitive science and psychology double major.

CROWN, is a law passed in eight states and by the House of Representatives that “prohibits race-based hair discrimination, which is the denial of employment and educational opportunities because of hair texture or protective styles including braids, locs, twists or bantu knots.”

There is such versatility and amazement in natural hair. From the hair styles the CROWN Act lists to the fact that natural Black hair literally defies gravity, it’s no wonder that more people are showcasing the flexibility of natural hair.

In addition to versatility, for natural hair to be at its prime, it must be taken care of just like any other hair type. But unlike other hair types, the maintenance is very different. Everyone has their own particular routine that makes them unique.

“I only use vegan products in my hair. I use a brand called Curlsmith which is for Black people or Black hair,” says Ervin. “I use a light shampoo conditioning wash. Then, I’ll comb it through my hair, let it sit and then I’ll finish my hair with cold water at the end of my shower and I’ll put a moisturizer in.” Sometimes, before putting in a moisturizer, Ervin will use peppermint or castor oil and then wrap his hair.

The importance of natural hair care comes from a shared cultural significance. For centuries, Black people were told by European-Americans to either hide their hair or to completely shave their hair off. Then, a beautiful community was formed through this struggle.

Clark explains how “curlier or kinkier hair takes a little more tender love and care to cultivate it.” She talks about how the act of going to a salon or barber shop creates a sense of community.

“Being surrounded by a community of people who have similar experiences… It’s a good way to connect over something that you can all relate to,” Clark says.

Now in this new era, the chains of hair oppression are finally being broken. People are accepting their natural hair without fear.

“People are tired of having to live life and feel like their natural waves are unprofessional. People are starting to feel comfortable being naturally them and not feel like they will lose out on a job opportunity or be looked at differently,” Ervin says. “People are conscious that they definitely will, but it just doesn’t matter as much now.”

With the power of peoples’ opinions lessening, more people are taking a stand against hair discrimination in all forms and proudly displaying their curls. Let’s applaud all those who are taking their curls back and those who never lost them.