The show must go on: E-52 Student Theatre produces their first audiobook “Hamlet: An Audio Experience” 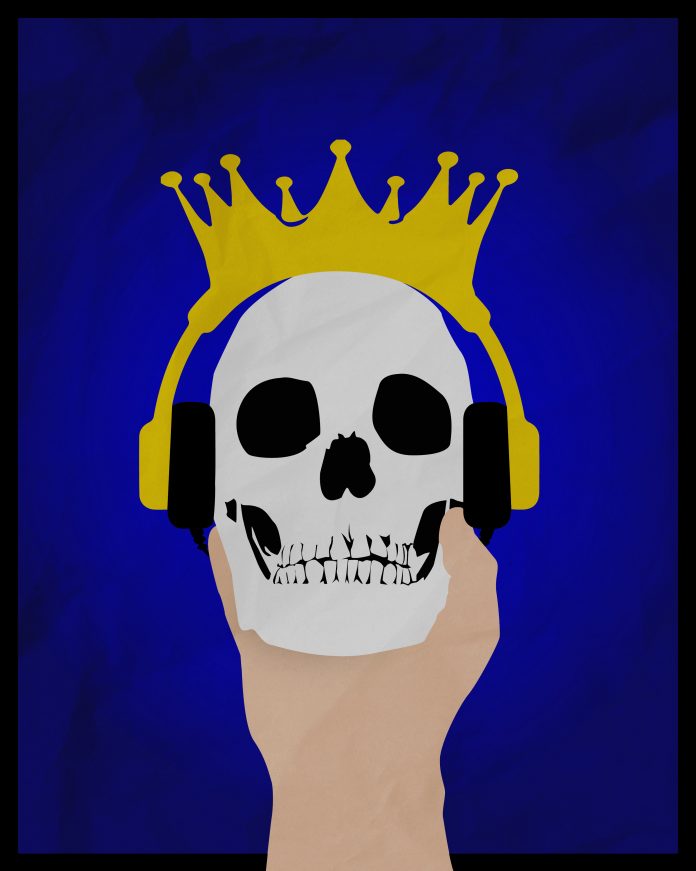 To be or not to be, that is the question. After a year of uncertainty, many wondered how performing arts would be kept alive when theaters were closed due to COVID-19 restrictions. However, the university’s E-52 Student Theatre was able to persevere and recently tackled one of the most famous plays in history: William Shakespeare’s “Hamlet.”

“Hamlet” is a popular tragedy that tells the story of a prince who is determined to avenge his father’s murder. Director Ashley Taylor, a senior political science major, professed that “Hamlet” is her favorite show and has had the idea for a production for over a year now. E-52 would have produced a film under normal circumstances, but recording an audiobook was easier and safer due to COVID-19 restrictions.

“The good thing about it is Shakespeare is one of those shows that lends itself to an audio format,” Taylor says.

“Hamlet: An Audio Experience” is E-52’s first ever audiobook in its nearly 100 years of operation.

“I mean, this is definitely something I’ve never done before. I think it’s safe to say most of us haven’t ever done before, so it’s definitely a learning curve,” Riley Caplin, junior Latin education and ancient Greek and Roman studies major who plays the titular role of Hamlet, says.

Shakespeare’s plays are notoriously dense and difficult to understand, so recording an audiobook of such an intense play proved to be a daunting task. However, the actors found that it made them appreciate the play even more.

The actors hope that their dedication and care for the production will shine through in the finished product.

“I want the audience to be so deeply invested in it that they don’t think of it as an audiobook anymore,” Amanda Kovaleski, a junior statistics major who plays Queen Gertrude, says. “I hope it’s so amazing that they can picture it in their heads.”

For Taylor, the biggest challenge was trying not to enforce her own style onto her actors.

“I consider myself an actor before I’m a director. I didn’t want to impose how I would say a line or what I would do in a scene onto the actors because one of the most rewarding experiences is finding the character for yourself,” Taylor says. “As a director, I wanted to guide them, and I’m so proud of everything that they did.”

The cast also shared heartwarming sentiments about the production of the audiobook.

“I’m really big on history and how things will be remembered, and I’m really glad that years from now people will ask, ‘Hey, what did E-52 do during the coronavirus pandemic?’ and we can say we did an audiobook of ‘Hamlet,’” Michael Malaszczyk, a senior political science major who plays the villainous King Claudius, says. “We’ll be attached to that forever. Our voices will be available for everyone to hear.”

Despite the unique challenges, the experience turned out to be rewarding for all those involved.

“It’s been a very long time in the making. We’ve had setbacks, we’ve had lots of changes and seeing this production happen through all of this has been a dream come true,” Caplin says. “I’m getting to play my dream role in my favorite play with my best friends and an amazing director, and we’re going to have something to show for it forever.”

“Hamlet: An Audio Experience” is now available on most streaming platforms. You can find it on Anchor, Breaker, Castbox, Google Podcasts, Apple Podcasts, Overcast, Pocket Casts, Radio Public and Spotify.