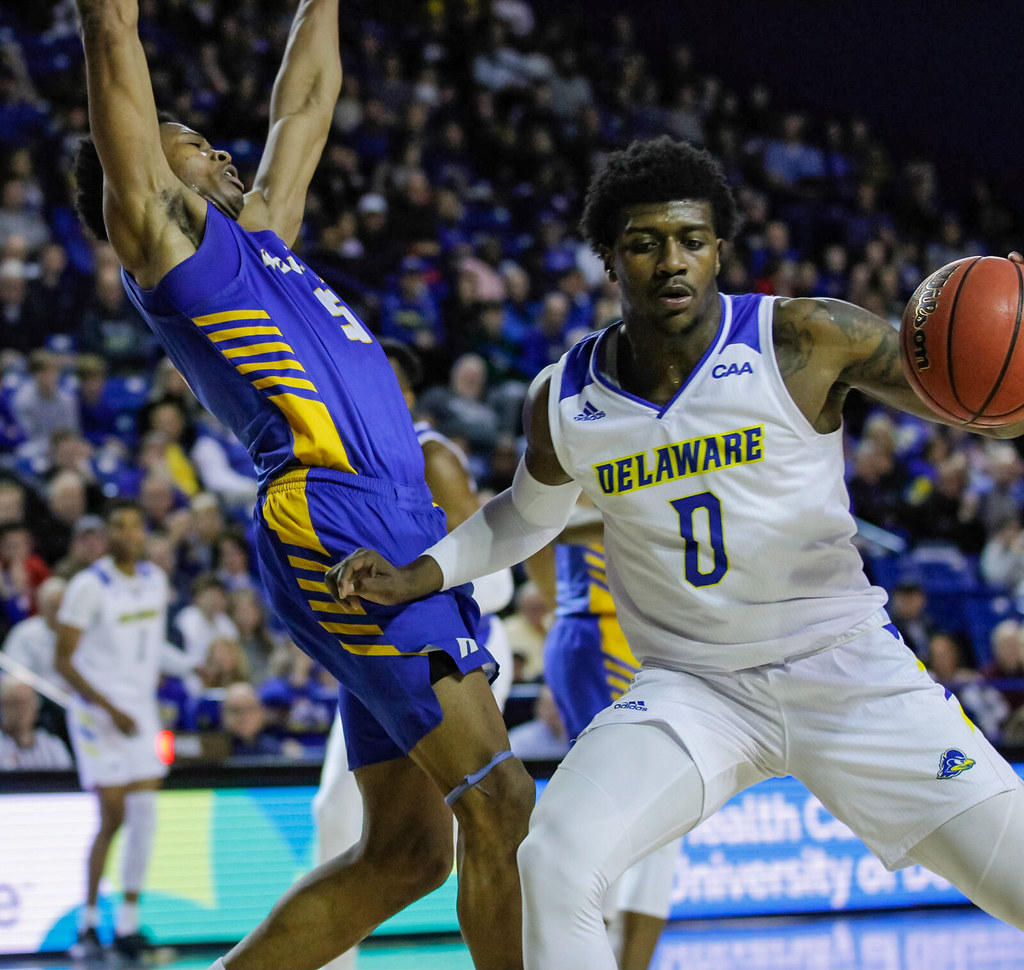 On the women’s side, junior guard and forward Jasmine Dickey was selected to the All-CAA First Team. Last year, Dickey earned nominations to the All-CAA Second Team and All-Defensive Team at the conclusion of the season.

Dickey will be one of the key leaders in the 2020-2021 season, as the team enters its fourth year under the leadership of head coach Natasha Adair. Adair applauded Dickey for her preseason honor.

“[Her nomination] has been an attribute to her work ethic and her progression,” Adair said in a press conference Thursday morning. “She came into the league on the rookie team and then second team, and as a coach, you want to continue to see your players grow.”

Coach Adair mentioned that the preseason rankings do not serve as motivation or a benchmark for her or the team.

“We don’t get caught up in that,” Adair said. “I do like to celebrate when our players get recognized, but just where they rank us doesn’t motivate us.”

The Blue Hens women’s team begins their 2020-2021 conference season Jan. 2, on the road at the College of Charleston. Their conference home opener will come a week later versus William & Mary at the Bob Carpenter Center.

Allen was named to the Preseason Second Team in 2019 as well, while Anderson landed on the All-CAA Third Team after the conclusion of last season. Both guards will be integral to the team this season, and neither were too focused on this personal achievement.

Allen expressed a similar sentiment in focusing on the upcoming season and putting preseason accolades in the backseat.

“Our goal is to win the championship, the real accolades and the real accomplishments,” Allen said. “It was an honor to be named amongst those guys, but at the end of the day, I want a championship.

That chase towards the CAA Championship will be led by Allen, Anderson and fellow senior Dylan Painter. Despite the departure of guard Nate Darling to the NBA Draft and forward Justyn Mutts to Virginia Tech, the Blue Hens stood their ground in the preseason poll determined by league coaches and conference media members.

The Blue Hens were ranked second of the conference’s ten teams in the poll, with 270 points. Additionally, Delaware received the second-most first place votes at 11, only usurped by defending CAA champion Hofstra with 16 votes.

Last March, Delaware fell short in the CAA Tournament semifinals against the Hofstra Pride. The last time the Hens won the CAA was back in 2014, which was also their last visit to the NCAA Tournament.

This upcoming season, the Blue Hens will look to come out victorious against Hofstra and their other eight conference foes in a unique schedule. Conference play begins on Jan. 2 against the College of Charleston at the Bob Carpenter Center.