​ Courtesy of Moonyeen Carel, mother of Alexis Carel​/THE REVIEW
​Alexis Carel at age three in 2001 in Battery Park, one mile away from the Twin Towers; three days before 9/11.​

Inherently dramatic, these vivid and lasting memories are those that were so striking that one finds themselves remembering specific details of an event from years prior. Those details may not always be completely accurate, as the brain cannot always separate truth from what truly endures, but there is one thing that most New Yorkers shared in common on that infamous day in 2001.

2001 meant that we would only find out what happened if we glued ourselves to the box television in my parents’ room. I remember waking up and tumbling into my mom’s lap as she, in what I didn’t register as a panic, turned on the television. We stared deep into the screen as every single channel we flipped past flashed “breaking news,” although I was completely expecting “Arthur” or “Cyberchase,” the non-cable television shows of my childhood.

There were no cartoon aardvarks available on screen that day, only repetitive, cycled footage of what appeared to be a plane hitting one of those two really tall buildings I’d always see on the skyline during our drives into Manhattan for my piano lessons.

I remember my mom holding me tight, just muttering, “Oh my God,” over and over again, refusing to let me go until she received a call from my “Tita,” one of my aunts, who informed us that the second tower had been hit.

There were little dark spots emerging — I watched them launch out from the sides of the buildings, moving almost excruciatingly slow out of frame. Suspended in midair ever so briefly. That was the hardest to wrap my head around. The falling bodies.

I still desperately wonder what decisions those victims had to make in their last few moments.

My mother was a registered nurse at the time, so she was called in to the hospital a mere handful of hours afterwards. The city had called its medical personnel into work, even in Brooklyn, to take care of any possible spillover from Manhattan’s hospitals.

But the nurses barely saw anyone — the victims were all trapped inside or around the fallen towers, with few survivors even making it into those city hospitals.

My mom also likes to remind me of the fact that just a weekend prior, we had taken a trip to Battery Park, via one of those strange motherly omens about how lucky we are to be alive. A mere three days and a 13-minute walk away from tragedy.

Now, my friends and I are still impacted by the aftermath of 9/11. Not really because of direct trauma, not because their families were caught in the crossfire — even though quite a few friends did have those horrors exacted upon them. Every 9/11 following, we would reflect in class on what we’d lost — our conceptions of dread for the future of the city. How it ripped our communities apart but pushed us, bodily, back together.

One of my best friends, who grew up five miles north of me in Brooklyn, was walking down Hicks Street after picking up his brother from school, having decided to take a brief family trip to view the towers from across the water.

The towers, which were on fire at the time.

Papers, flying everywhere. A whirlwind of dispersed pages. They had made it to Brooklyn. Ash, everywhere. The sky was inundated with grey, billowing clouds that made no sense.

The skyline had been compromised.

My friend thought his father was dead — he worked around the corner from the World Trade Center — but he, thankfully, was safe, returning home late that night due to the subways shutting down prior.

But there was still an insurmountable amount of smoke that lingered in the air for days following the attack.

I was on one of my walks with my father the day afterwards, my mom at work again. This was the norm: I’d walk from our apartment to the nearest “plaza,” (the suburban equivalent to a tiny outlet mall) on Newkirk Avenue.

As soon as I made it a block away from the plaza, my father paused and pointed, curiously, at the sky. Still — a ridiculous amount of smoke. Soot, ash and smog still dominating the sky. Perhaps still, those papers whirling around in the distance.

What was quickly approaching was something so ominous. So foreign — unable to be navigated. I would be starting preschool at a time that paralleled with the country’s state of emergency. I’d be meeting new people, from all different backgrounds, my parents choosing to send me to an international Montessori school.

This was exciting to an only child, but it transformed into something more grim for my classmates. Suddenly, any random brown child ran the risk of being called a terrorist. The hatred was displaced, other students making cutting, offhand comments. It didn’t matter where you were actually from, if you happened to be a particular color, suddenly you were being asked pointed questions about jet planes.

Another one of my closest friends went to a predominantly white, affluent school, but for some reason, it was public knowledge she had an absentee father.

My friend is Maharashtrian. That didn’t matter to her classmates.

“Was your dad not at the talent show because he was one of the terrorists driving the plane that crashed?” she was asked by another student, after a talent show performance she conducted in full cultural garb.

She got a personalized education on what certain nasty terms meant. There was an allowance of racism — the public utilizing tension to spew hatred due to it simply being socially acceptable at the time.

Every time this day comes back around, I reconvene with these friends. I speak gently with my mother and remind her I’m still safe, remembering the feeling of her arms tight around me, as if she thought one of those planes would somehow fly right into our apartment building.

I think about what we’ve lost, and try to come up with anything we have gained since. 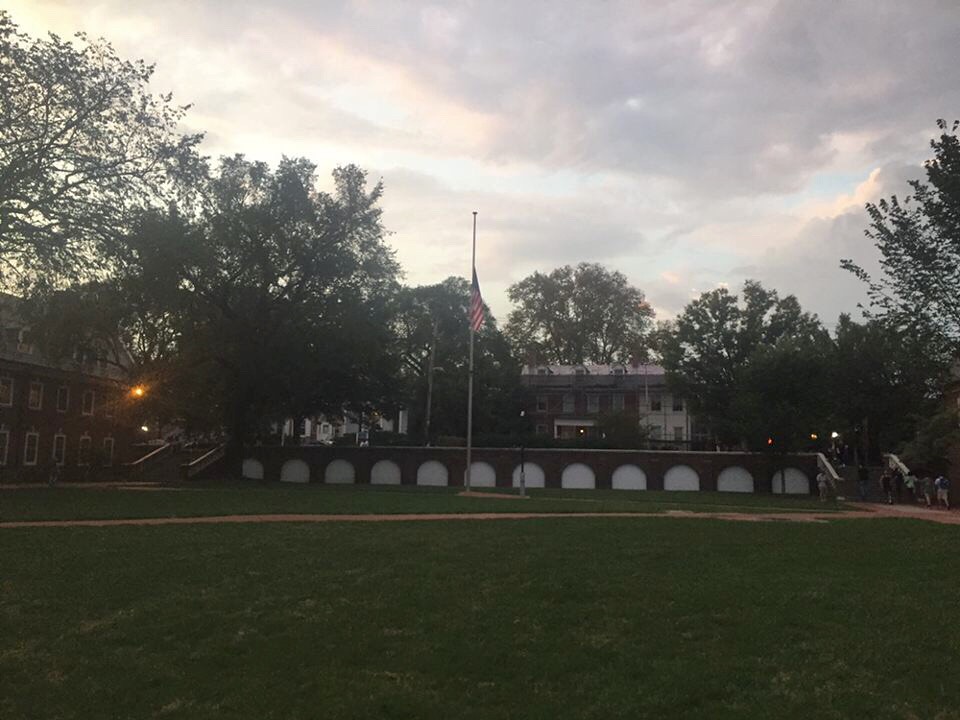 History professor Guy Alchon believes Americans are not paying attention to what happened on Sept. 11, 2001 or what is happening now.