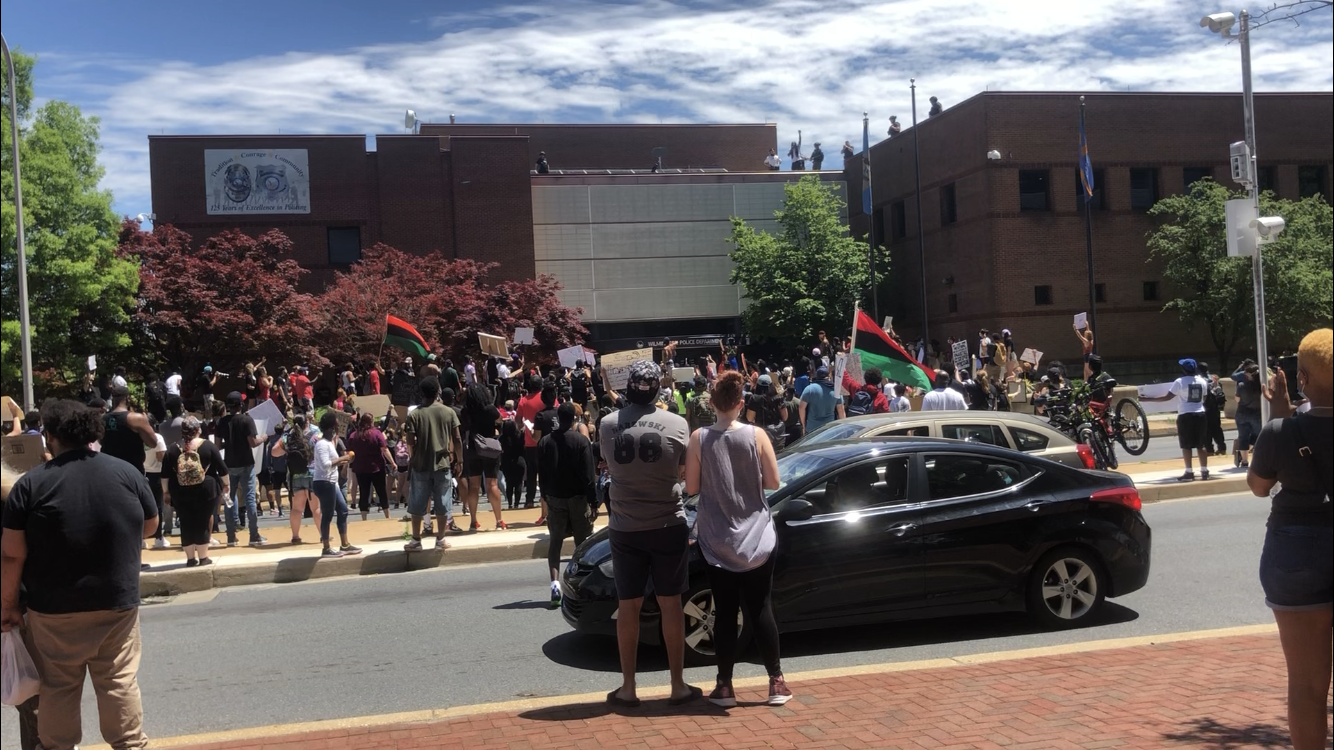 ​Kelsey Wagner​/THE REVIEW
On the morning of Saturday, May 30, more than 100 people gathered in Rodney Square to protest George Floyd’s death.​

WILMINGTON, D.E. — On the morning of Saturday, May 30, more than 100 people gathered in Rodney Square to protest George Floyd’s death.

Such protests have been happening across the country following Floyd’s death. On May 25, Derek Chauvin, a Minneapolis police officer, allegedly murdered Floyd, as he knelt on Floyd’s neck despite Floyd stating that he could not breathe. Chauvin was initially charged on counts of third-degree murder and manslaughter but as of June 3, those charges were altered to second-degree murder and manslaughter, with three other officers facing charges as well.

The protest in Wilmington was organized by the city’s chapters of Black Lives Matter and Food Not Bombs. Food Not Bombs, a food-recovery network, provides food to people participating in protests.

Signs at the Wilmington protest featured Floyd’s name along with the names of others who had died from police brutality or other assaults driven by racism. Signs also featured slogans such as “no justice, no peace.” Many of the protesters were masked and some deliberately distanced themselves from the center of the protest because of concerns about coronavirus.

As the day went on, numerous people passing by in cars beeped their horns and yelled words of support in solidarity with the protesters. 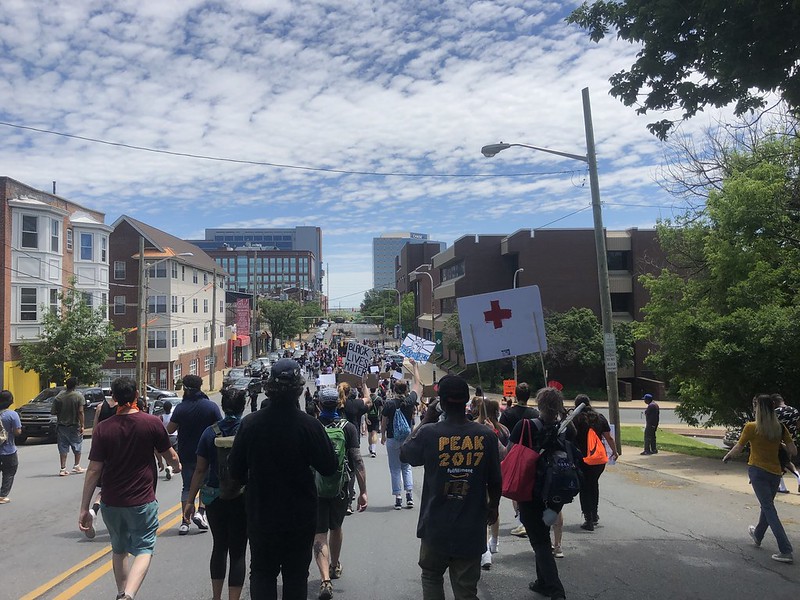 ​ Kelsey Wagner​/THE REVIEW
​The protest in Wilmington was organized by the city’s chapters of Black Lives Matter and Food Not Bombs.

“I know my parents were really hesitant about me coming, just because they’ve had bad experiences with the police,” Thomkins said. “I’ve witnessed my mom being carted away when I was eight, and they mistreated her too, and it was just so traumatizing and you don’t get to talk about it because it’s so normalized in our community.”

Thomkins also recalled the shooting of Trayvon Martin in 2012 as having an impact on her views of race in America.

“I’ve just been so upset for so many years and now I have the opportunity to come out and speak and speak for people who had normally been forced into silence,” Thomkins said.

Thomkins discussed her hopes for change to come out of the protests that have been occurring across the country.

“I just want [the government] to listen because I think that we can riot. We can do so much, but if they’re not willing to understand us, then it’s kind of futile,” Thomkins said. “I just want them to stand in our shoes and understand where we’re coming from because we’re hurting. We’ve been hurting for so many years. Enough is enough.”

From Rodney Square, protesters marched over five miles through the city. When they stopped at the police station, a man stood on the roof with seven police officers and addressed the protesters with a megaphone.

“This is not enough. This is not e-f–king-nough. We have to move,” the man said. “Let’s be heard. We aren’t being heard right now.”

From the police station, protesters made their way to I-95 North, shutting down the highway for more than an hour. As they marched, protesters chanted “I can’t breathe,” and “F–k the police,” in reference to Floyd. 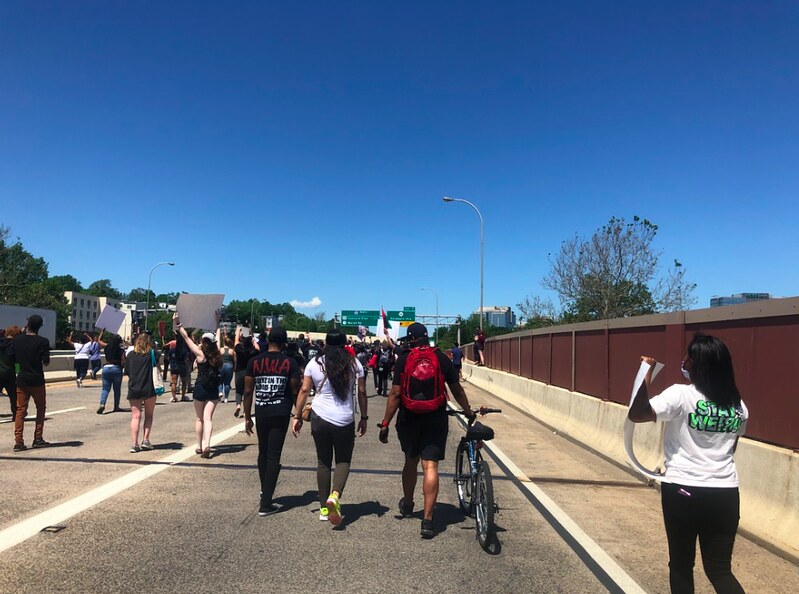 The protest started at 11:00 a.m. and remained peaceful throughout the afternoon. However, that night, multiple businesses on Market Street were looted. Wilmington Mayor Mike Purzycki and the Wilmington City Council released a statement at 7:30 p.m.

“We are frustrated that we, those in authority by elective office or other appointment, have thus far been unable to fix a society that enables inequality and poverty,” the statement read. “Can we possibly seize this opportunity to better understand each other and develop a greater appreciation for different life perspectives? Can we come together and change what is wrong with the current system? We believe we can, and we make a sincere offer to listen more intently to what those who feel alienated have to say.”

“Talk with no action is cheap,” the statement said. “But talk can also change the world. It is better to talk about how we can all act to make the changes needed to promote opportunity and equality and close the racial divide.”

Another protest, entitled “We Still Can’t Breathe (March for George Floyd and Breonna Taylor),” is scheduled to take place in Wilmington on June 5.