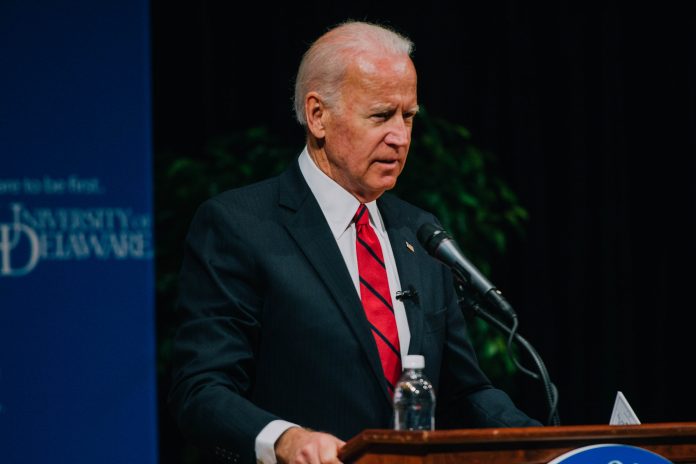 Biden attended the university from 1961 to 1965, majoring in political science and history. His fellow freshmen elected him as class president, and he also played football in his freshman and sophomore years before buckling down on his studies in his later college years.

After law school at Syracuse University and working as a trial attorney in Wilmington, Joe Biden launched his first political campaign, seeking the position of New Castle County councilman. He won the election in 1970.

In 1972, Biden campaigned for one of Delaware’s Senate seats. He defeated the Republican incumbent, becoming the youngest senator in history at the time and indefinitely turning that Senate seat blue.

In Biden’s years as a public servant, he never forgot to pay his alma mater a visit. Since graduating, he has continually spoken on campus, meets with student groups and pops in for community events.

University students throughout the years saw Biden’s engagement with campus and his political power as an avenue for change, protesting and working with Biden on various issues.

In Biden’s time as a senator, he pushed forward several student-oriented issues, including college affordability. Biden also put forth a plan to curb binge drinking on college campuses and leveraged his position to earmark funds for the university.

In a 1997 survey of students, only 11% of those surveyed could identify their future president.

Biden stayed in the Senate for 36 years, often headquartering his Senate reelection bids in Newark and utilizing student volunteers. He also considered running for the Democratic presidential nomination in 1984 and ran in 1988 and 2008.

Biden stirred up excitement on campus in 2008 with his nomination as vice president, returning to the university during and after the campaign. In 2008, Bloomberg News named the university as “the epicenter of politics” because of Biden’s role in the election and because strategists for Obama’s and McCain’s campaigns were university alumni.

In September 2011, Biden visited campus to donate his senatorial papers to the university’s library. The papers, which received media attention during his 2020 presidential campaign due to sexual assault allegations, will be available two years after his retirement from public life.

When Patrick Harker decided to relinquish his position as university president in 2015, the campus community speculated about the potential of Biden assuming this role after his vice presidency.

In February of 2017, Biden partnered with the university to establish the Biden Institute, which specializes in the production of public policy. In December of 2018, the university named one of its colleges “The Biden School of Public Policy and Administration.”

In the years since his vice presidency, campus celebrated Biden’s return to Delaware and followed, from afar, his winning 2020 presidential campaign. Biden’s victory, according to many students, put the university on the map. The campus awaits his return as president of the United States.