Daughters broke my glasses — things get out of hand at Union Transfer (Philadelphia, 2/16)

Courtesy of Ryan Fey/THE REVIEW
Alexis Marshall captivates with his raw, emotional energy, inciting a visceral response from the crowd.

Looking around and seeing the anxiously pacing, ear-plug wearing crowd, clad completely in black, it was evident that all hell was about to break loose. As soon as Daughters took the stage and the first deafening sound ripped from their intricate equipment, mass hysteria overtook the audience, sending them into a frenzy of pure aggression.

Struggling to keep my footing and fight off the moshers behind me, a fist was thrown into my face, breaking my glasses into two pieces almost as soon as the set began. Even with obstructed vision, it was evident that I was witnessing one of the noisiest forms of unadulterated punk mayhem I had ever seen. 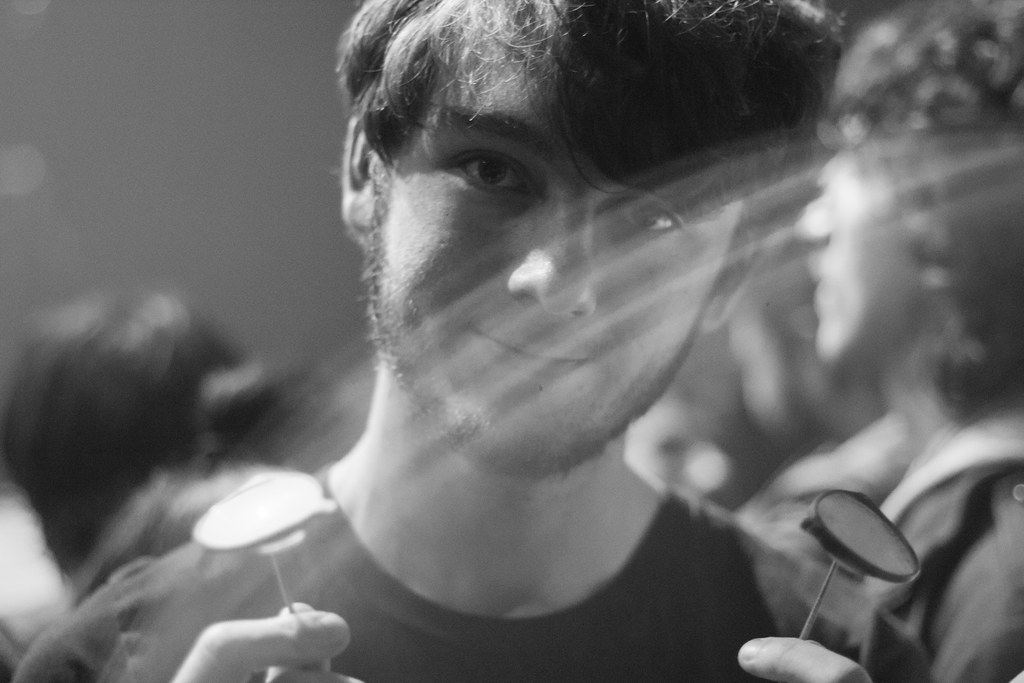 Courtesy of Ryan Fey/THE REVIEW
Music and Society Editor Edward Benner has his glasses broken in a noisy night to remember.

Daughters is an experimental noise outfit that incorporates metal, punk, industrial and math-rock influences into their abrasive sound. Their most recent album, “You Won’t Get What You Want,” was released in 2018 to immense critical acclaim — ranking at No. 13 on Mosaic’s list — after an eight-year hiatus.

The band’s touring lineup includes Alexis Marshall on vocals, Jonathan Syverson on drums, Nicholas Andrew Sadler on guitar and Chris Slorach on bass. The members all wore darkly colored formal clothing, which added a strikingly macabre element to the performance. 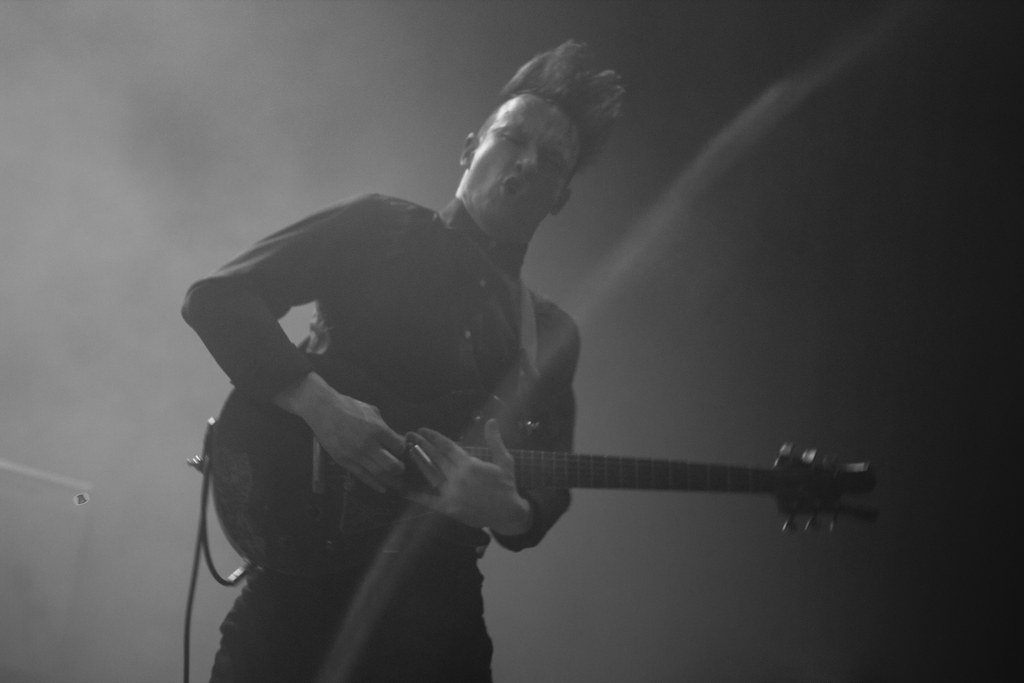 Marshall’s neurotic showmanship was the crux of the show. His insane performance included throwing himself down on the stage, wrapping the mic cord around his neck, tackling a stage-diver, putting his entire fist in his mouth and spitting on the stage and at the crowd. He even, at one point, licked an audience member’s hand that was pressed against his face. Marshall was a primal, captivating force of nature. 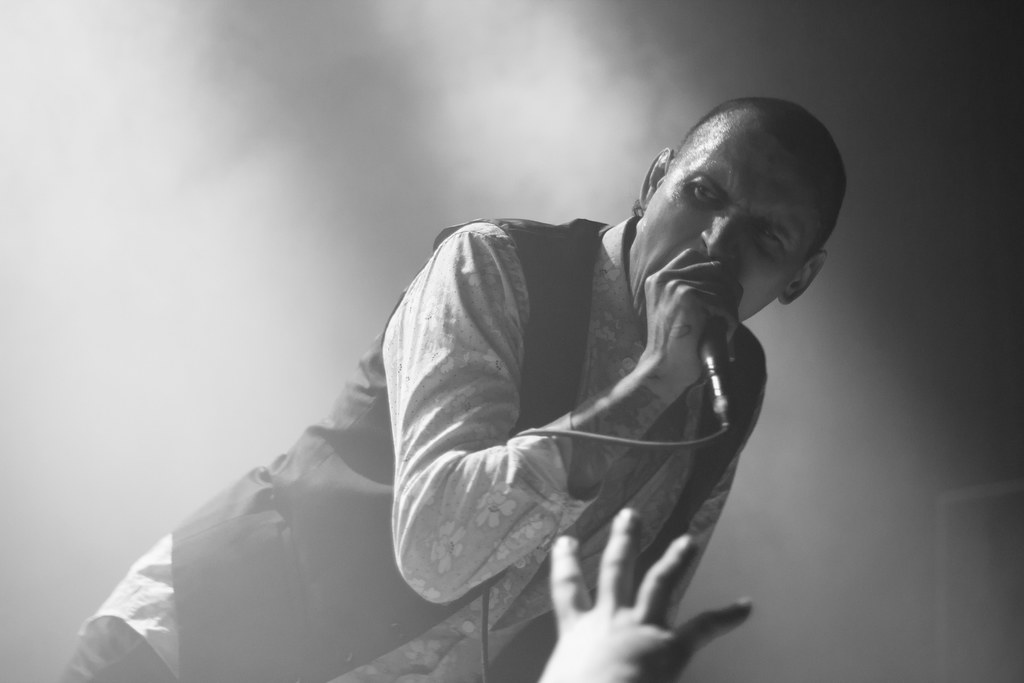 Courtesy of Ryan Fey/THE REVIEW
“Marshall was a primal, captivating force of nature.”

While Marshall drew a lot of attention to himself, the other members matched his energy sonically, utilizing a multitude of pedals and effects to craft their wholly unique sound. Sadler used his vast pedalboard expertly, and with ease, to create haunting, dissonant, cacophonous and menacing tones — all while giving Marshall a run for his money energetically.

After playing nearly all of “You Won’t Get What You Want” and various selections from their self-titled and “Hell Songs” albums, the band fittingly ended their set with destruction. Marshall kicked the monitors and knocked over the drum kit as the other members threw their instruments on the ground, letting them drone in the aftermath.

Before Daughters took the stage, their openers, HIDE and Wolf Eyes, successfully warmed up the audience; at one point, they signaled that if audience members didn’t have ear plugs, the rest of the evening would be an unpleasant one. 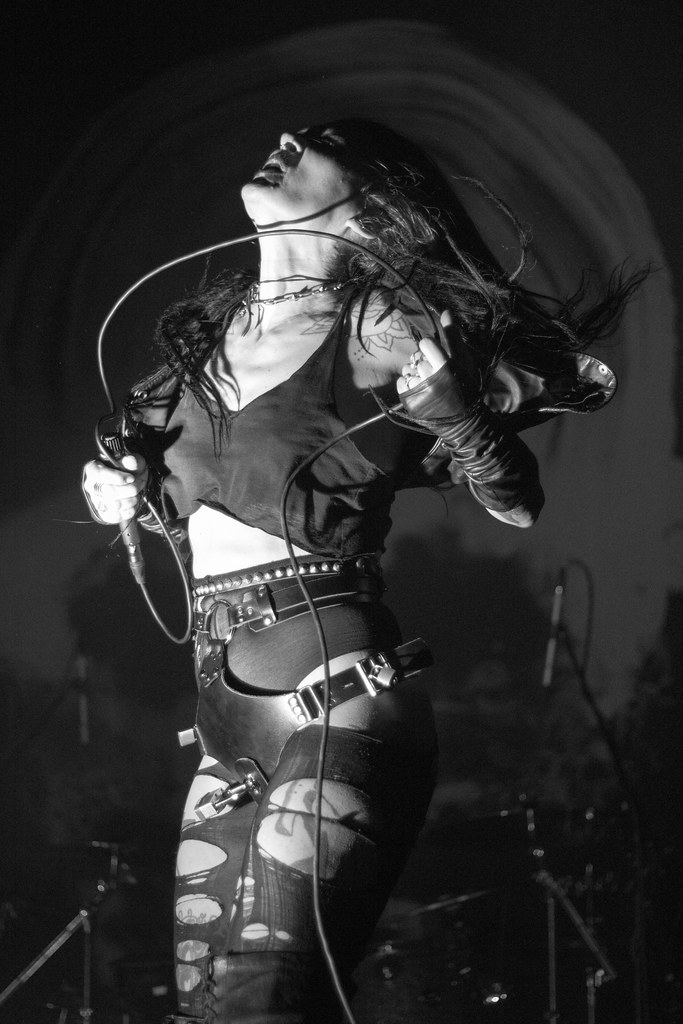 Courtesy of Ryan Fey/THE REVIEW
HIDE illuminated the stage with only a slow-blinking strobe light that matched their rising and falling industrial sound.

HIDE illuminated the stage with only a slow-blinking strobe light that matched their rising and falling industrial sound. The lead singer, Heather Gabel, channeled her sexuality and attitude in both her outfit — knee-high leather boots and a chastity belt — and her wonderfully confrontational performance. 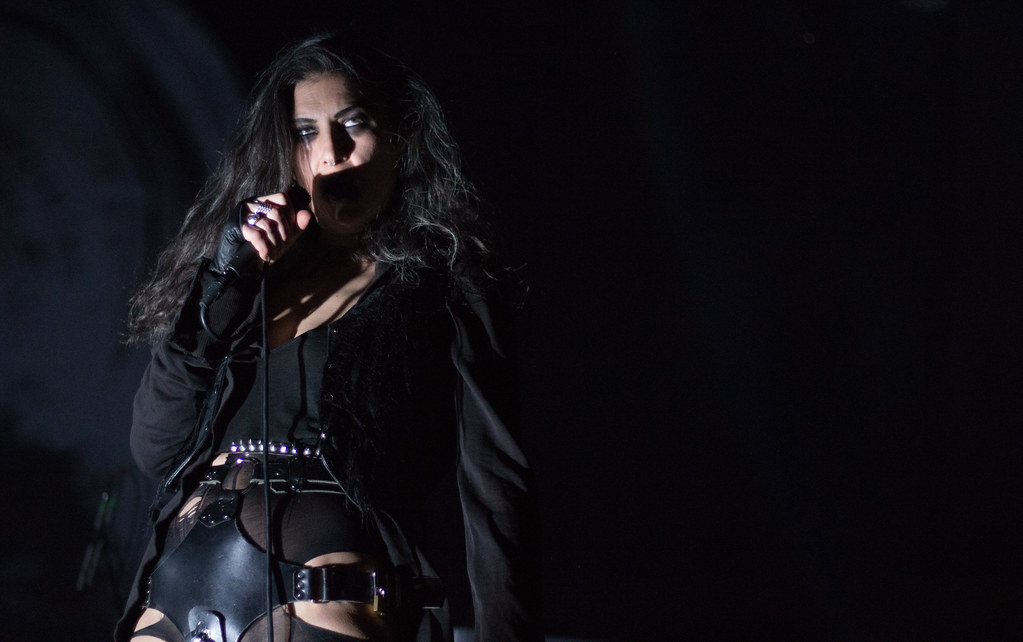 Courtesy of Ryan Fey/THE REVIEW
Heather Gabel of HIDE menacingly stares down the audience, looking as if she was possessed.

Wolf Eyes baffled the audience as they created their own instrument that could only be described as a demonic bagpipe to produce strange modulated sounds. The noise they created was a bizarre intersection between the free jazz of Sun Ra and the noisy post-rock of Godspeed You! Black Emperor. 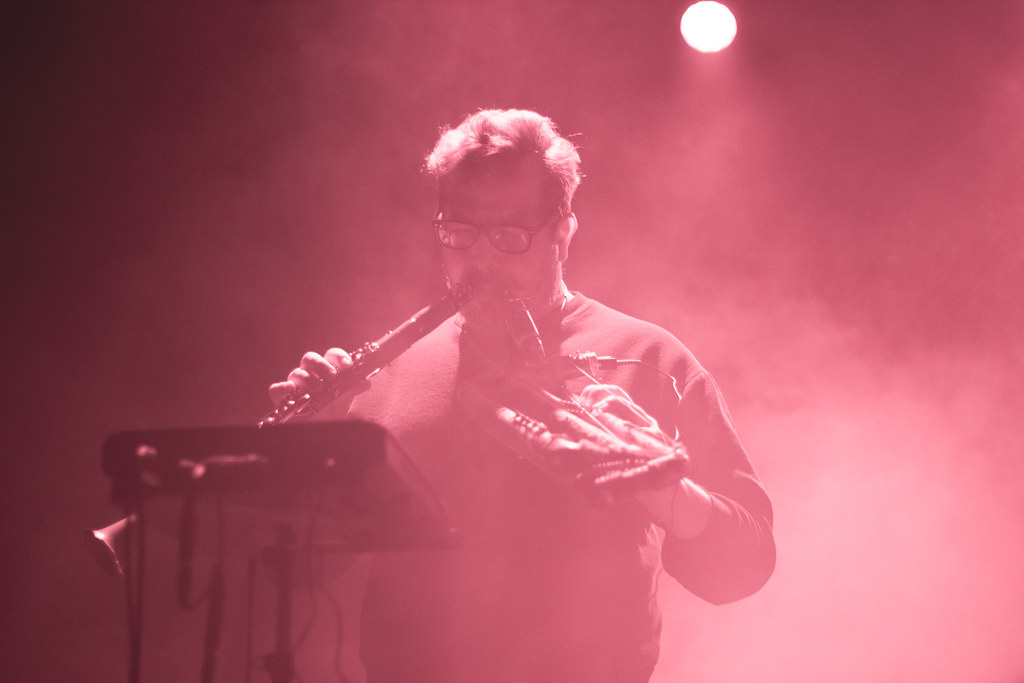 Even with the destruction of my glasses and the intense need for a tylenol afterward, Daughters and their tour-mates stunned me with their avant creativity, relentless energy and attention to their respective images. These bands are proof that the envelope can always be pushed further in experimental music, and that, no matter what, music can get heavier. 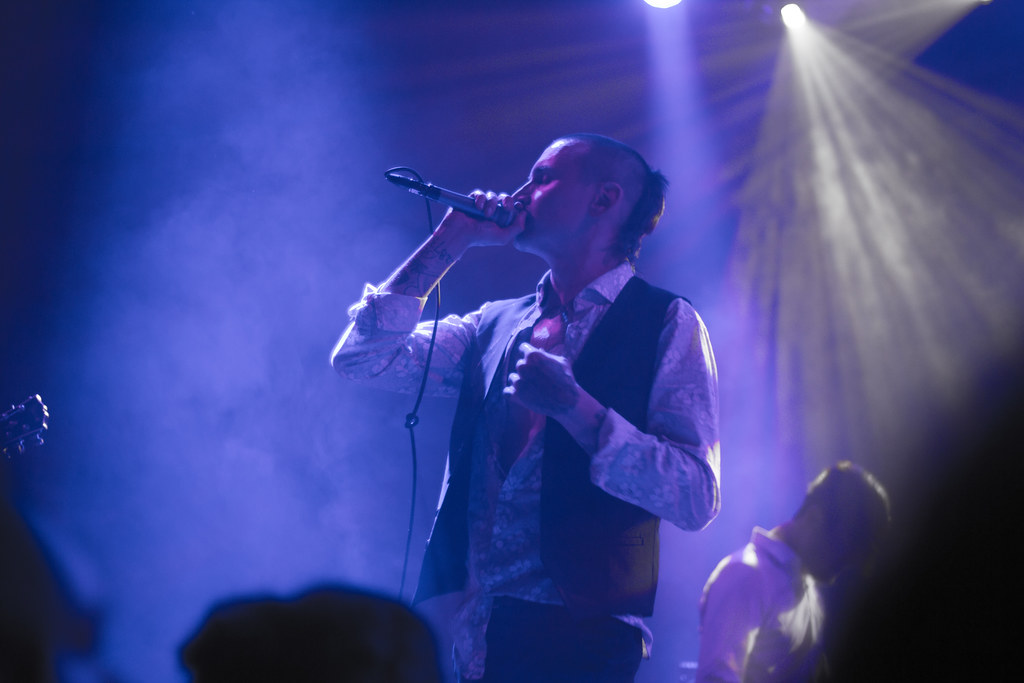 Set List
The Reason They Hate Me
The Lords Song
Satan in the Wait
The Dead Singer
Recorded Inside a Pyramid
Our Queens (One Is Many, Many Are One)
Long Road, No Turns
Daughters Spelled Wrong
Less Sex
The Hit
The Virgin
Guest House
Daughter
Ocean Song